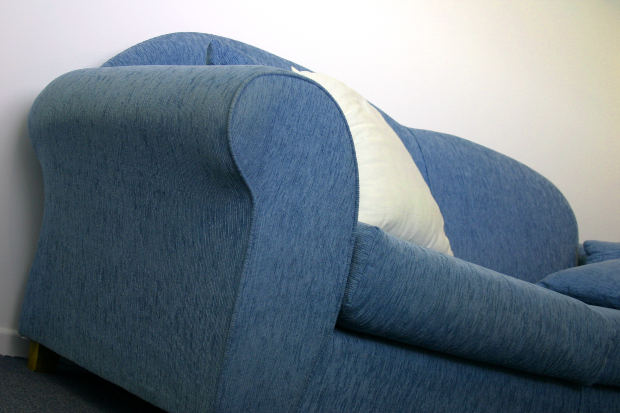 Association of religious homosexuals sets up fund subsidizing treatments aimed at changing sexual tendencies. 'There is no clear ruling in the world of research that one can or cannot change,' explains organization's director

For years, organizations for homosexuals have refused to acknowledge the possibility of changing a person's sexual inclination. A newly established association of religious gays and lesbians is now giving those psychological "conversion therapies" a chance.

Moreover, the association even plans to subsidize these treatments for its disadvantaged members who cannot afford to pay for them.

So far, rabbis have distanced themselves from all gay organizations, perceiving their members as people who have not tried to change and are not seeking to emerge from the conflict they live in.

Amit told Ynet ahead of the event, "The world and reality are much more complicated than people think, so claims like 'every treatment succeeds' or 'all treatments are a waste of time' don't meet the test of time. The truth is somewhere in the middle, and it's a shame to put an end to the discussion one way or the other.

"We consulted many rabbis on the issue – Zionists and haredim – and they all welcomed the initiative and congratulated us, and some even donated money. There is already one guy who is in the midst of therapy thanks to the Kamoha initiative."

The Kamoha – Orthodox Homosexuals organization is the first such group which does not rule out the notion that a homosexual can become straight. The association is now setting up a charity to fund "conversion therapy" for religious men aged 18 to 25 who are attracted to people of their own sex.

The organization's manifesto says, "It is the right of people interested in psychological treatment for their sexual inclination to implement this method of therapy, while acknowledging that this does not guarantee change and that the results and success rate of this process have not been proven sufficiently."

'Initiative could save lives'

In a letter to potential donors, Kamoha director Amit (not his real name) says that most of those who wish to undergo therapy cannot afford to pay for it. They are usually people in their early 20s, who are in the army, in high school or university, or studying Torah.

"What all these situations have in common is that these are young men and women who are not free to work for their living and depend on their parents' money, and due to the sensitive issue cannot ask them for money for therapy," Amit adds.

"Many rabbis support this initiative and think it's an important enterprise which could save lives."

Explaining his surprising recognition in the possibility to change, Kamoha's director says "there is no clear ruling in the world of research that one can change or cannot change, and history proves that there are those who tried and succeeded and those who tried and failed.

"In any event, as religious-faithful people, it is of crucial importance to get psychological therapy in order to try to change, or to look into the possibility of such a change."

According to Amit, the main difference of opinion with the method's supporters is "the promise that every case can be solved and that a person can always change."

On Thursday, the Kamoha organization hosted a meeting between religious homosexuals and Rabbis Yaakov Madan, Menachem Burstein and Rafi Feuerstein. The meeting's venue was kept a secret and the issues discussed by the participants included conversion treatments.

The move, which is expected to reignite the dispute over these treatments' efficiency and mental risks, may actually allow for wide cooperation between rabbis and senior educators in the religious public and groups of gays and lesbians from the sector.